Richard Reeves, the deputy prime minister's former director of strategy, claimed that while fathers have ''greatly increased'' their contribution to childrearing and housework ''women continue to get the sharp end of the stick''.


He called for breadwinning and childrearing to be shared equally to help improve modern family life and warned it would take more legal equality of rights and greater childcare to help that happen.


A transformation would help single mothers currently struggling to raise their children and ease the problem lower and middle-income families have giving their youngsters enough attention in the face of demanding work, he said.


By 2043, if we are successful, the terms 'career man', 'working father' or 'stay-at-home Dad' will have lost their novelty.


Is this what you want for yourselves by 2043, guys?   Any person with a male sex organ who says yes to this question should immediately castrate himself, cook his sex organ and serve it to his female partner for tea pronto.

Manginas are pseudo-men who fixate their lives on getting a sniff of the female genitalia (figure of speech) at the expensive of others and by betraying real men.

Manginas see women as an ultimate being, places them on a huge pedestal, mind focuses only on sex or the satisfaction of women all the while not giving two bits a damn about his fellow man. Chivalrous and illogical are two definite traits of being a mangina.

A mangina is not a man, and we wouldn't dare honor them by gracing them with the title. A mangina is a pseudo-man who will first and foremost put women above men. This can take the form of buying into sexist stereotypes about men, trolling for pussy, or playing Captain Save-a-ho and reinforcing bad behavior from women.

Manginas support women's issues which are against his fellow men. Someone who espouses feminism but is really being suckered into a form of chivalry in which women's interests take precedence over men's. Unaware that they are merely "useful idiots", doing what women want in the vain/hope of getting laid. When his usefulness is over she tosses him out with the rest of the rubbish. Usually can be identified by his spouting the latest feminist clichés. A man who has been p-whipped but doesn't quite realize it. A man who thinks that women will like him if he does what women want (little knowing he is being used and will be dumped for the first alpha male/thug who shambles out of county lockup).

A Mangina is a self-depreciating man who subconsciously hates himself and blindly believes women are superior to him. He has been raised to think masculinity is inherently wrong - perhaps even a genetic/evolutionary/social flaw - and must be corrected by embracing his "feminine side" to the point of losing the very qualities that make him male. He believes women are beautiful, innocent angels and men are filthy animals who need to be controlled. His entire world-view is built on an absolute lie supported and propagated by a Feminised, Liberal culture and morally bankrupt Media. Ultimately his entire life is nothing more than a sad illusion....

He not only betrays himself, friends and family, but all men by sucking up to women in return for favors. A mangina is basically the proverbial Uncle Tom of the male populace. This is why manginas are betrayers and enemies of men.

Here are the types of manginas:

1) The unenlightened. These guys are dangerous, not because they're adverse to our cause, but because they simply do not know any better. These guys have been raised to treat women with respect, to be kind and courteous to women, and when appropriate, to assist and defend her. As I said before, what makes these guys so bad isn't that they have an anti man agenda, so much as it is that they don't know better, and there are so many of them. Imagine that you're the only person in a crowded arena who knows that there is a bomb about to detonate, and you're trying your best to escape while everyone else is standing around doing nothing. That's what these guys are.

4) The nut-less. Dangerous. Evil. Mentally ill. Or just a Pathological liar. Basically, Hugo: in this person's mind, all logic, reason, cause, effect, and circumstance is overridden by a hatred for men and the prime directive that women are always right, and always to be obeyed no matter what. No matter what any woman says, this person agrees with them. There is no reasoning, rationing, or convincing this person of anything, no matter how obvious it may be to the rest of the world

The "Hugo" variety, the quasi alpha male who uses feminism to get female attention. Also uses feminism as an excuse to place themselves higher on the male feeding chain by taking the moral high ground as "protector" of women. For ex: politicians who pass laws like VAWA (highly biased, one-sided) which give ever more power to the state.

Any politician that voted for policies such as VAWA and IMBRA. Call it a subspecies of Mangina.

Man·gi·na
-noun-
1. A women-firster.
2. A pussy-worshipper.
3. A male who behaves or acts toward men in an overly aggressive way once feminist Maxims are questioned.
4. Teacher of lies and half truths.
5. One who believes violence against women is more wide spread than violence against men.
6. The major party of financial transactions to feminist and their misandric programs.
7. A cruel and vicious robber of freedoms.
8. A male lackey of the feminist movement (called a 'male feminist'), who views women as superior to men and always bows down to and agrees with women in an attempt to curry favor.
9. Males who cater to women so that women might like them more.
10. A woman's doormat, personal servant and cuddle buddy.

Anonymous said…
claire what do you classify yourself as? You associate yourself with and being friendly with schizopaths and dim men. You do not know this. Why are you advising others about men and do not know youself enough about them.
8 March 2013 at 19:40

Claire Khaw said…
Politics is a dirty business and I am not afraid to get my hands dirty.

Are you a LibDem then? 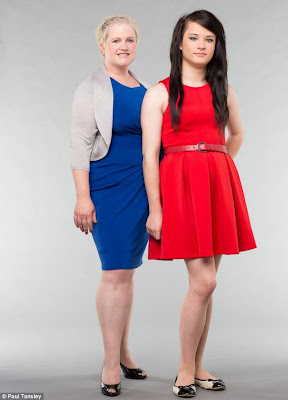 How Islam would arrest the qualitative and numerical decline of the white race and offer something for lesbians ...

May 31, 2010
Some BNP activists feels that single mums must not be attacked because they at least add to the numbers of white people in this country. I refer them to Tim Winter AKA Abdal Hakim Murad's essay http://www.missionislam.com/family/fall_of_family.htm It is not the numbers but the quality of the white race that is important, in my view. Single parenthood diminishes the quality of the next generation. The ideal is two married biological parents ie family values, to pass on any kind of social and cultural identity to the next generation that is decent and productive. If not you will get ever-lowering standards of morality and education until you get to the situation where no British employer wants to hire a British school-leaver if they can possibly avoid it, which is now the case. It is the culture that needs to be improved. The more little bastards you have the more likely you are go downhill and be taken by other cultures. The British managed to colonise other co
Read more