Showing posts from October, 2011
Show All

A Culture of Contempt for the Elderly created by Feminism 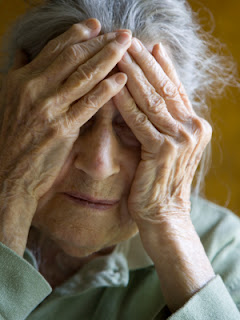 
0713
Following yesterday's coverage of the Care Quality Commission's report on NHS elderly care, a number of listeners contacted the programme to tell their own story. Adam Rodin, whose 93-year-old father died in hospital last week, describes the bad experience he had.

‎0810
Following on from the Care Quality Commission's damning report on NHS elderly care, many listeners contacted the Today programme to share their own experiences. Dame Joan Bakewell, former government champion for the elderly, and Dr Raymond Tallis, philosopher and former professor of geriatric medicine, analyse the issues behind the story.http://news.bbc.co.uk/today/hi/today/newsid_9615000/9615300.stm

It is very interesting that Adam Rodin, who is himself a hospital consultant, refused to name the hospital that his father was so badly treated in.   He said, very disturbingly, that this could happen in any hospital.  It is the culture, he sai…
Post a comment
Read more

The girly and incoherent concept of HUMAN RIGHTS


‎"Human Rights", eh? Is there any other kind of right on this earth??  Animal rights?  Vegetable rights?  Mineral rights?

I would have thought that the most FUNDAMENTAL human right would be to have freedom of expression.

But liberals no longer believe in this FUNDAMENTAL LIBERAL PRINCIPLE.

What are fundamental liberal principles?

Bet you don't know, because you are all fucking stupid. So here they are then:

1. The right to property

Because you are all stupid, I bet you haven't noticed that:

Incitement to racial hatred is THOUGHTCRIME.

Incitement to religious hatred is THOUGHTCRIME.

Not hiring someone because you think she is the wrong sex is THOUGHTCRIME.

Not hiring someone because you don't like homosexuals is THOUGHTCRIME.

Guardian writer, Tehmina Kazi, a "Muslim", disliked my comments so much she blocked me on Facebook

I have met this lady and our exchanges previously had been friendly. However, because she is a woman she has conformed to type and is simply doing what most women do, which is to silence and demonise those who disagree with them in their totalitarian way.

To this I said:


Tehmina would support the legalisation of homosexuality and ignoring the Koranic injunction against homosexuality.
What makes her [as a Muslim] think that liberalism is a superior to Koranic principles? What right has she to unilaterally decide that homosexuality should be legalised when it says plainly in the Koran that it is forbidden?
004.015
YUSUFALI: If any of your women are guilty of lewdness, Take the evidence of four (Reliable) witnesses from amongst you against them; and if they testify, confine them to houses until death do cl…
17 comments
Read more

The Development and Death of Human Civilisations

October 06, 2011
Peace and Prosperity feminises a people, making them profligate, reckless, frivolous, hedonistic and foolish.  This disposes them to try new silly and mad ideas such as feminism and the welfare state, and paying Slut Single Mums to have bastards at the expense of the taxpayer, making the national gene pool deteriorate and causing a vicious race to the bottom of ever-lowering educational, intellectual and moral standards.

A patriarchy is a society that condones male promiscuity.

A matriarchy is a society that condones  and rewards female promiscuity.

When confronted with two evils, we should always choose the lesser one.

The policies of the matriarchy makes the working classes unfit for purpose necessitating the import of cheap foreign labour, upsetting the balance of that society.

Why BASTARD is a term of abuse

October 05, 2011
Because this is what happens to your politics and your nation and your race http://thevoiceofreason-ann.blogspot.com/2011/10/why-white-race-is-declining-in-numbers.html if you are stupid enough to tolerate widespread bastardy after embracing the toxic ideology of feminism, for, in time you will become a matriarchy.

What is a patriarchy?

A society that condones male promiscuity.

What is a matriarchy?

A society that not only condones female promiscuity, but positively rewards it.

By this, I mean you will have a government that actually pays Slut Single Mums to have their Bastards at taxpayers' expense and whose government and its opposition are too afraid to criticise these women, because it wants their votes, even as their parasitical existence eats the nation out of house and home.

Progressive Degeneration (pun intended) and the Miscegenation of the Unmarried

October 04, 2011
This is how sexual reproduction amongst mammals works.

The male of the species is always always up for it.
The female of the species is not, because she needs to be careful to choose the strongest male with  access to the best resources to provide and protect for her and the offspring she has with him.
The most efficient way of doing this is for the male to have a harem.   This is probably where the "Women and Children First" rule came into being.  If, say, the passengers of a sinking passenger ship were the only people left in the world, then it would make sense if only reproductively vigorous and high-ranking males were allowed to join the women and children in the only lifeboat, leaving the males that are too old, too physically weak or weak in character to assert themselves, to go down with the sinking ship.
In no time at all would the race replenish itself under such a system were these passengers to find a suitably hospitable tropical island.
Lions also have a…
Post a comment
Read more

There more you tolerate illegitimacy the more sluts and bastards there are.

The more sluts there are the more dicks get sucked.

The more dicks that get sucked the more men like it to the exclusion of higher concerns such as honour, educational and moral standards, tradition, culture, justice, the rule of law etc.

The more men care about getting their dicks sucked the more corrupt and crap their society becomes.

This is what happens when you hand over control of your government to a bunch of dick-sucking sluts when indiscriminate universal suffrage was introduced.  That was when the women who produced the dick-sucking slut single mums of today were enfranchised and began to reproduce at taxpayers' expense.

How many generations of sluts and bastards have we now got in the UK?